From my notes on Caillois:
The association of simulation and vertigo is so powerful that it naturally becomes part of the sacred, providing a principle base for terror and fascination given by the sacred.
Civilization estranges us from their effects. (76)
I suppose then that one of my primary challenges may be to present the sacred through civilization. If we're dealing with a house, how does that house become a church? How to whip the viewer of my presentation into the inkling of a religious presentiment. Having just finished Bruno Dumont's Hadewijch, he does it through Bach. Perhaps I can do it through whipping the viewer into and out of their house, their church.
Posted by Todd at 5:34 PM No comments:

As per Ulmer's suggestion, let's think about the term resolution for a moment.
Simply put, an increase in resolution can motivate the "wasting" of monitors and screen technologies. Similarly, it's an emblematic way of thinking about the overall speed of technological reproduction, which leads to technological waste and death.
At the same time, resolution can also refer to the solving of a problem or a dispute.
But what's being resolved?
I thinking through the question of vehicle and tenor here, I've been thinking a lot about what a screen technology or what imaging in general does for us.
Cavell suggests that the silver screen screens us from ourselves, from our problems, and encourages us to lay aside our skepticism in favor of a renewed relation with the world. In short, it resolves the disjunction between our subjectivity and the world's relentless objectivity.
Yet Lacan reminds us that the world as is already exists in us as we take our cues and our innermost intimate actions from it (the term is extimacy).
So, back to resolution. With our continual increases in resolution, what are we attempting to do? Earlier, it was decided that E-Waste partially comes as a result of our desire to see. But how does that desire fulfill itself through these particular technologies?
The screen is a window, connecting us to another world. High resolution is a term for both the amount of lines capturing that world but also describing the possibility that these screens serve as a means for us to reconnect to the world.
E-Waste is then a reminder that these screens have their own cosmogony, one with a will and desire of its own, a desire that's satisfied when it's destroyed (paradoxically).
When its housing is destroyed, E-Waste becomes manifest.
Housing divides interior from exterior, ourselves from the world. It demarcates private space and allows us to carve a space out for ourselves.
Yet the world also comes in.
That's the trope!
Vehicle: E-Waste
Tenor: The relationship between our subjectivity and the objective world
The switch: House/Housing?
Posted by Todd at 5:23 PM No comments:

Process:
So, in the disaster, we have a material (usually plastics and heavy metals) being burned, so a potential starting point is conflagration.
Then again, the process by which it enters the human body would be dissipation.
And also, the burning of something like a plastic, for example, results in melting and then vaporization.
Let's put "dissipation" through the OED and see what's nearby. "Dissinew?"
Dissinew:
Obs. rare.
trans. to deprive of 'sinew' or vigour
Hrm, let's leave that on the table for now. What about conflagration?
Okay, from conglagration to conflab, which is colloquial for "confab". On to confab...a colloquial shortening of confabulation, which, I guess, is a chat or familiar talk...okay...speaking like a child from the last entry...confabulation, a chat, a familiar talk, a conference, a...in psychiatry, the action of the verb confabulate...
Ooh baby, we're cookin' with fire now.
"To fabricate imaginary experiences as compensation for loss of memory"
Beautiful. Because part of the accident is the purposeful forgetting of those technologies not allowing us to see, we may have a decent inference end here...
So, we're at Baby (material) and confabulate (action).
Posted by Todd at 5:46 PM No comments:

Early on in Man, Play and Games, Caillois has a line on the relationship between play and mystery that I find a bit puzzling, so puzzling that it's worth quoting at length:
"It is meritorious and fruitful to have grasped the affinity which exists between play and the secret or mysterious, but this relationship cannot be part of the definition of play, which is nearly always spectacular or ostentatious. Without doubt, secrecy, mystery, and even travesty can be transformed into play activity, but it must be immediately pointed out that this transformation is necessarily to the detriment of the secret and mysterious, which play exposes, publishes, and somehow expends. In a word, play tends to remove the very nature of the mysterious. On the other hand, when the secret, the mask, or the costume fulfills a sacramental function one can be sure that not play, but an institution is involved. All that is mysterious or make-believe by nature approaches play: moreover, it must be that the function of fiction or diversion is to remove the mystery" (4)
Caillois insists that the simulation/vertigo pairing doesn't encourage play but expresses an institutional function. It is the institution in oral societies, the founding and unifying ceremony that the culture works toward, unified in its move toward symbolic exchange.
But we're playing to reinstate the mystery, to reinscribe the sacred by way of the accident.
The difference is that we're attempting to pose alternative modes of thinking to a failing system based on utility.
The secret's indeed at play, and we're indeed expressing something of an institution.
But the institution's changed. Through our tools, we can play at reinstating mystery, not at dissipating it.
We'll pick up what play expends and refashion play through its own waste.
Posted by Todd at 10:51 AM 2 comments:

Start with the substance of the accident: lead
CRT screens employed lead in order to exercise glare reduction
Glare:
noun
1. a. Dazzling brilliance (of a light, fire, sun, etc.); a strong fierce light. Also, dazzling or oppressive sunshine, esp. when falling upon reflecting surfaces and not relieved by shadow
b. The glistening or shining of some surface
2. fig. Dazzling or showy appearance; gaudiness; tawdry brilliance
3. A fierce of piercing look
noun 2
a. Frost, icy condition (obs.)
b. A sheet of ice
adjective
1. Smooth and bright or translucent, glassy. Chiefly of ice.
verb
1. To shine with a brilliant or dazzling light. Also of light itself.
b. To display oneself ostentatiously: to be obtrusively evident or conspicuous.
2. To look fixedly and fiercely.
3. To send forth or express with a glare
4. To reflect with a glare. Also to glare back.
(all this from OED)
to be continued
but also...
Definition of Glare:
Glare comes in three forms (adapted from IESNA RP-33-99):
1. Disability Glare - Also known as veiling luminance, disability glare is caused by lights that shine directly into one's eyes. Disability glare is dangerous because it is blinding.
2. Discomfort Glare - Discomfort glare does not necessarily reduce the ability to see an object (as is the case with disability glare), but it produces a sensation of discomfort. It is caused by high contrast or uniform distribution of light in the field of view.
3. Nuisance or Annoyance Glare - Nuisance glare is defined as glare that causes complains, such as the "light shining in my window phenomenon."
Comments on Glare:
Glare is a significant and pervasive problem. Glare demands attention because the eye is naturally attracted to the bright light. This is dangerous while driving but glare can be used by retail establishment to attract attention of customers passing by. This can lead to competition between businesses to get noticed.
Older citizens are extra sensitive to glare.
Two things (let's see where they go):
Icy glare (icy look); let's see what comes up via Google: 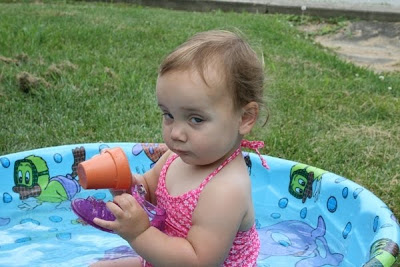 Misfire
...
How about dazzle?
Links to programs and restaurants...
Translucent...glassy...
This came up...no joke. 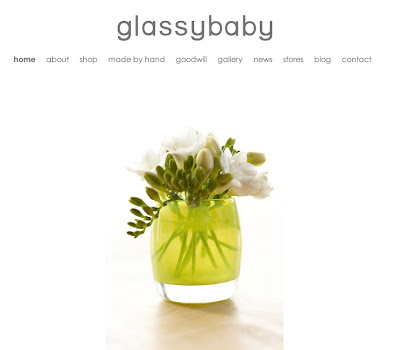 Glassybaby - Goddamn it, I don't want to follow a chain of inference on baby.
Oh well, let's see where it goes...
Quickly: What is a baby? It's a person who's not yet entered the symbolic order, someone who sits outside of the dominance of literate thought patterns.
At one point in The Wild Bunch, Don Jose tells William Holden that we all seek to be children again, perhaps even more so for the worst of us.
Could it be that we have a desire to see to escape the quotidian regulations of a world based on strenuous competition and values of a scientifically motivated milieu?
Speak Like a Child:
Posted by Todd at 9:07 AM No comments:

For Futurists, exception from collision of machines

for Oulipians, from constraint of programs

for Jarryites, exception results from the corruption of memories (pg. 10)

What's our school? How do we define the kind of 'pataphysics we perform? More on this later.

I guess we're after the Clinamen since we're looking at a system that values not equivalence or difference but the fate of its own contrivances (the contrivance here being rational logic and progress by way of scientific law).

In the end, our exception (the accident) results from the holes left in the fabric of scientific progress. As science/literacy continually and more minutely classifies the world and attempts to control it through that classification, the more the world, from the bottom up, rejects that classification.

I guess the world may be reinstating its own mystery, starting at its base (the atom, the proton, a ray of light) and moving on up.

Perhaps a goal would be that, through our treatment of the accident, we can tap something into the collective subject, reinstating a certain enigmatic relationship to a particular object (in my case, the PC or screen technologies, for Walton architecture, for Wendy our bodies, for John our educational institutions, for Ulmer our environment, for Jake our minerals). I always say that the power of the cinema is such that if one embraces it with everything that it will literally change the way they see the world. Through our rendering of quotidian elements of every day life, perhaps we can introduce the viewer to a new way of perceiving and experiencing reality. (Lofty goal, right?).